Shandong YuTong commercial Co., Ltd. is located in jinan city, Shandong province, China. We are manufacturer and exporter in the field of security seal products such as plastic seal, bolt seal, cable seal, meter seal, and other high security seals, widely used in many kinds of industry.

We have our own research group, have successfully researched and developed 6 serious and more than 100 types of products, exported to European, South America, the US, Canada, Australia, Southeast Asia, and Africa countries. 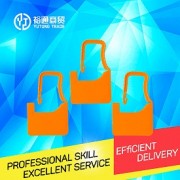